Panasonic had the most compact and lightweight Micro Four Thirds lens. If you plan to travel with the lightweight MFT compact camera, then here are the best MFT lenses for you. MFT stands for Micro Four Thirds, which Olympus had pioneered. Let me explain why the MFT system had the edge over the APS-C and Full-Frame?

What is Micro Four Thirds?

As I told you, Olympus was built as an open alliance sensor so that any camera manufacturer can join it. Olympus, Panasonic, and Kodak were the early three camera manufacturers to launch the newly built MFT cameras on the market. MFT sensor is 3.8x times smaller than the full-frame and 1.6x times smaller than APS-C. The MFT camera bodies had an edge due to compactness and a small MFT lens to go with it. You can get the same MFT sensor in a huge body such as Panasonic G9, which is considered the best wildlife camera of all-time, or in a tiny body of Panasonic G100.

Do the Panasonic Dual-IS Work on Olympus?

No, the Dual-IS works only with Panasonic camera bodies with IBIS with OIS Panasonic lens. Olympus had similar to Dual-IS, and it is called Sync-IS, which also doesn’t work on Panasonic. I wish there were cross-compatibility between Dual-IS and Sync-IS.

If you are purchasing a Pansonic MFT camera for the first time, you need to get this lens. The Panasonic Lumix 25mm offers the classic nifty-fifty 50mm full-frame focal length. I had shot a model photoshoot with 25mm F1.7 in South Korea. The autofocus on the 25mm F1.7 is speedy, and it does not hunt. I love the color portrayal of it, and the micro-contrast is unique. One of the best features of this lens is the super lightweight, and you can toss it in your cargo pant pocket and forget it’s even there. You can get some decent macro shots of food photography with 25mm F1.7 because of the 0.14x magnification.

If you are searching for the compact pancake zoom lens for the MFT system, you can’t find it better than the Panasonic 12-32mm pancake lens. Yes, there is the Olympus 14-42mm pancake lens. But it starts at 14mm vs. 12mm, which is a lot of difference if you are using it for travel landscape photography. The 12-32mm F3.5-5.6 is a super sharp lens, and I was amazed by the sharpness even at F3.5 aperture. There is OIS in the 12-32mm, but it is very shaky for video work. Pair the Panasonic 12-32mm with any MFT camera with IBIS, and then it does wonders for video and images.

Suppose you are looking for a constant aperture MFT lens for traveling, which delivers a prime lens image quality. You can’t find anything better than the 12-35mm F2.8 version 2, which now offers weather sealing. First, I want to talk about the color rendition of this tiny constant aperture lens. You will be blown away by the fantastic vibrance coming from this Panasonic 12-32mm F2.8 lens. Another significant factor of considering the 12-32mm F2.8 II is the weather sealing, which comes in handy if you are paring with the G9 or G95 or any Panasonic weather-sealed body.

I always wish there was weather sealing on my most used Leica 25mm F1.4 lens. Finally, my prayers had been answered; let’s welcome the Panasonic Leica 25mm F1.4 version 2 with weather sealing. Now, I can capture images during rain in East Asia, such as Malaysia. I love the Leica colors, which are unique to Leica only. There is something magical about 25mm F1.4, which ones you used, and you can’t go back to cheaper Lumix 25mm F1.7. If you have extra money, then invest in the 25mm F1.4 over the F1.7 lens. I used the Leica 25mm F1.4 a lot for travel food photography at F1.4, and I love straight JPEGs out of the camera.

This is the lens that gets the most hate due to the non-constant aperture of F2.8-F4. You will wonder why I had ranked the Panasonic Leica 12-60mm F2.8-F4 in third place? There three primary reasons why I love using Leica 12-60mm over the Lumix 12-60mm. The first reason is the F2.8 of Leica vs. the F3.5 of the Lumix lens. The second reason is the unique Leica color rendition, so I don’t have to edit the images in the post, and I use them straight out of the camera. Finally, the primary acquiring reason for both Leica 12-60mm and Lumix 12-60mm is the most useful focal length of 24-120mm in full-frame equivalent. I prefer the Leica 12-60mm over the Olympus 12-100mm F4, which is very heavy and bulky.

If you are looking for the best MFT prime lens, you can’t find anything better than the Leica 15mm F1.7, and I want to shout as loud as I can; buy this lens no matter what type of Micro Four Third photographer are you. I wish it were more compact, like 20mm F1.7, and it had the weather sealing. Other than these two minor downsides, the Leica 15mm F1.7 is the perfect lens with the best contrast I had ever seen on any lens. If you want to travel light and one prime MFT lens, you know what lens to get now.

For years I was thrilled with my Olympus 7-14mm F2.8, but it was a heavy lens over 500g. Another downside of the 7-14mm F2.8 lacks filter thread, so forget about mounting any ND filter. When the Panasonic 8-18mm was announced, I was super excited about it because it addressed two of the Olympus 7-14mm F2.8 disadvantages. For the last few years, I had used the Leica 8-18mm a lot, mostly at 8mm or 18mm. I don’t have a problem with the lack of constant F2.8 aperture. In return, I get the longer 18mm focal length. Also, the Leica colors are warm welcome here. The weather sealing of Panasonic 8-18mm is not as good as Olympus 7-14mm F2.8. Overall, You can’t go wrong with the 8-18mm lens because of its weight of only 315g. The Pansonic Leica is the best MFT travel lens of all time. 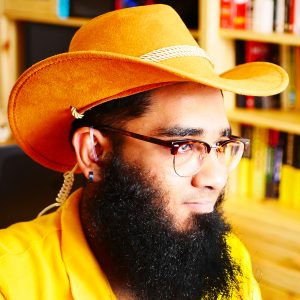 All-in-one-lens are best for traveling to avoid carrying and changing the lens. Whether you are at

Pentax is one of the major contributor to the modern SLRs and photography. If you want

Finding the perfect X-Mount portrait lens can be challenging, but I had done all the work

Are you planning to hike the Appalachian trail or backpacking around the world? You need a

What is a Travel Camera? If you are in the process of traveling after the COVID-19,